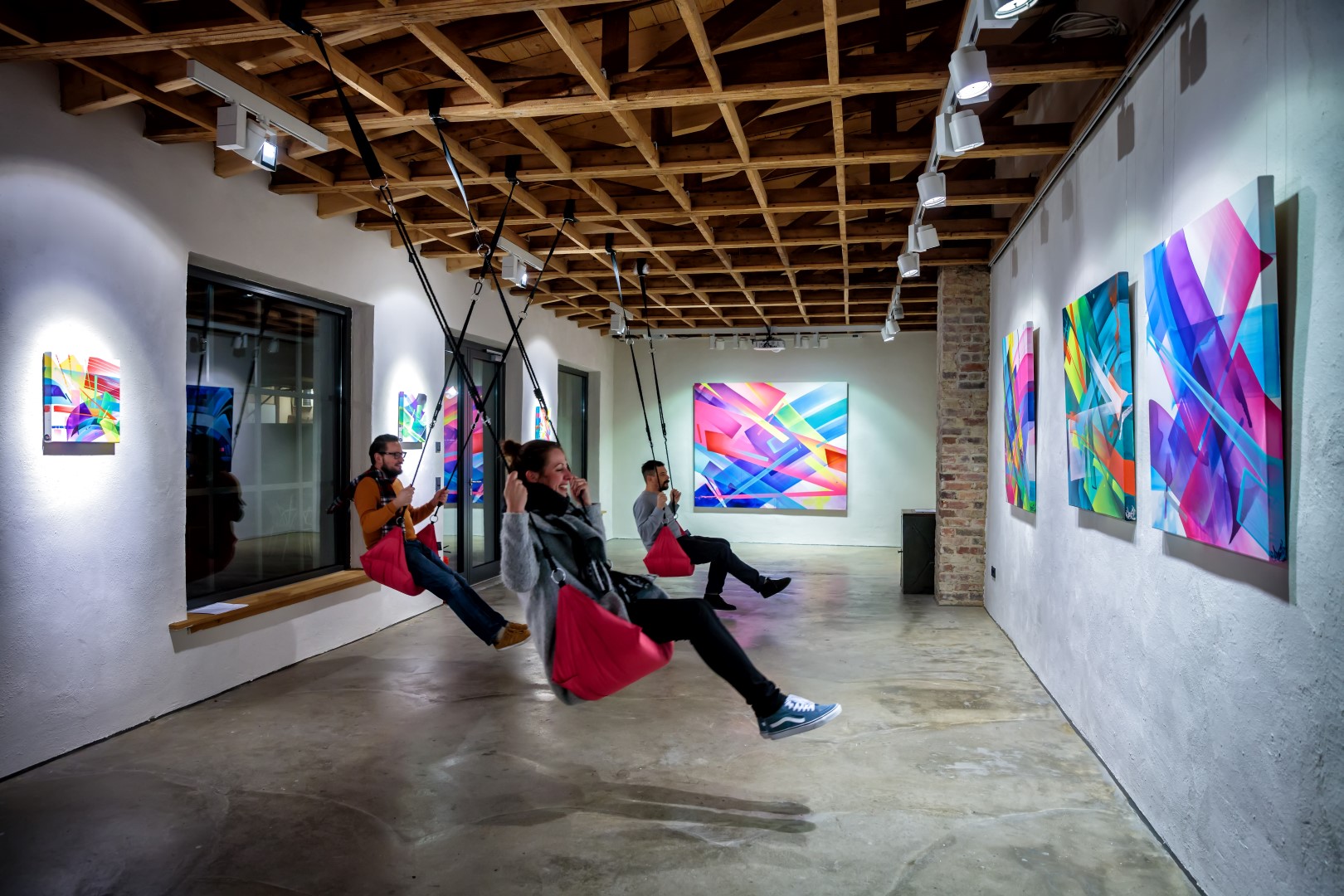 The 44309 street/art gallery is a gallery for street art, urban art & contemporary art. As the first of its kind in Dortmund, it offers a platform for visual communication, art and entertainment in the field of street art / urban art on 120m² of space for local and international artists.

Anyone entering the centre of Dortmund by train or car will be greeted by the “flying pictures”. The unique installation on the roof of the Dortmunder U, the centre of art and creativity, offers travellers and night owls orientation and sends film images visible from afar into the sky above the city without interruption. The Dortmunder U with its media facade has long since become a symbol and embodies the creative spirit of the city. A visit is definitely recommended, but should not deter you from looking for clues away from this building and the cultural institutions. And you don’t have to walk far for that…

The Dortmunder U is located in Dortmund’s creative district „Unionviertel“, a typical place in of the urban Ruhr area where you can see recent changes taking place. War damage and converted industrial plants (there used to be seven large breweries here) have left their mark on the architecture; in a densely interwoven network of streets, old Art Nouveau buildings, dreary post-war architecture and ambitious new buildings are flirting for the favour of residents and visitors. For a while things did not look good, but then more and more young people and artists discovered this area for themselves. This is not just evident from the many shops where studios and creative businesses have settled down, but also from the many walls on which street artists have left their mark

Thanks to Daniela Bekemeier and Olaf Ginzel, the creators are not just regional artists, but also include international greats such as Blek le Rat, Rodrigo Branco or Belin and others. Both are founders and operators of the 44309streetartgallery and have their rooms opposite the Dortmunder U. They are the ones who gave a face to local urban art and repositioned the scene, which is far more active than many would imagine.  Whoever gets to know the gallery owners will be surprised. They are rather reserved and modest, people who are happy to share their passion with you, even though they have built up a remarkable reputation and have become sought-after partners of the urban art scene, at the forefront of the league of street art galleries. Fits the Ruhr area. Showing off? No, thanks… Let’s do something instead!

They know their way around murals, stencils and the like – their repertoire is as broad as the exhibitions in their rooms on „Rheinische Strasse“. Even if a Banksy hasn’t gotten lost here so far (one almost wants to say: hey, drop by), their paintings and sculptures convey a quality that has long since emancipated itself from the accusation of illegal scribbling. Urban art has now conquered its place, whether in Brooklyn, London, or even in Dortmund. The works in the exhibitions are fixed on canvas and manifested in sculptures. The space behind the gallery’s window glass opens up further and larger into the interior than one might expect when entering, and hides contemporary art treasures that are also being traded internationally at an ever higher level. Every exhibition is an experience, and at the same time a lesson that approaches the spirit of our times.

But every exhibition is also an essence. For urban art also lives from its publicity and its presence in public space. That is why Daniela and Olaf push projects that make art in urban spaces possible. And they are also committed to visibility – for city dwellers and also visitors, right on their doorstep. The 44309 street/art gallery initiative has already contributed to the fact that the Unionviertel has become a walk-in gallery. So if you walk around here, you will encounter art without having to buy a ticket. It is there, in front of you, next to you, around the corner, or even in the courtyard. You can just wander, or use the online map that Daniela and Olaf have published in the meantime. On https://bit.ly/3kdXwfw  you can create your own roadmap of streetart highlights in the district. To enjoy it, you should dedicate half a day at least. There are also enough locations for a culinary stop. But you can also talk to Daniela. She offers a programme at regular intervals that will familiarize you with the history of urban art and then accompany you on a guided tour. In this way you can get to know the culture of the young, very urban Ruhr area, rather than just the art itself. 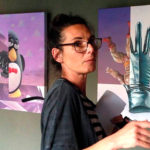 Founder and Operater/Manager of 44309streetartgallery In the year of the European Capital of Culture RUHR.2010, Daniela Bekemeier, who studied social work, founded the 44308streetartgallery together with her husband Olaf Ginzel. Since then, she has been working hard to provide spaces for the artists and the art section. She is not only a gallery owner, but also an active project manager of urban art projects and an excellent networker, whose concern is to bring local/regional artists together with international stars. 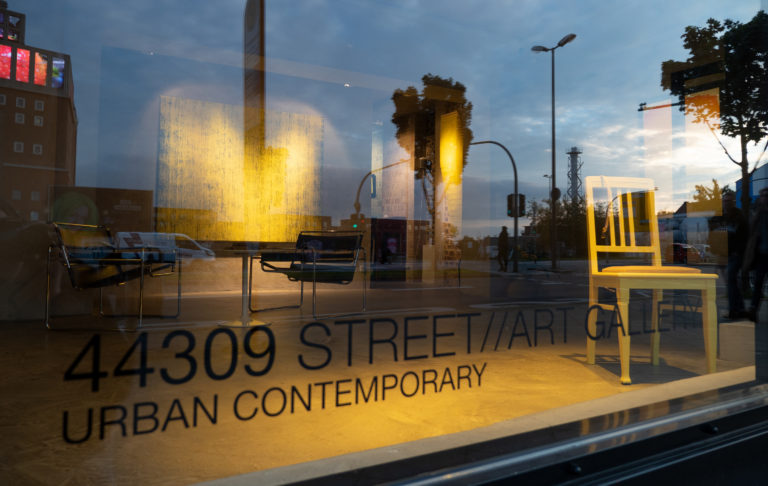 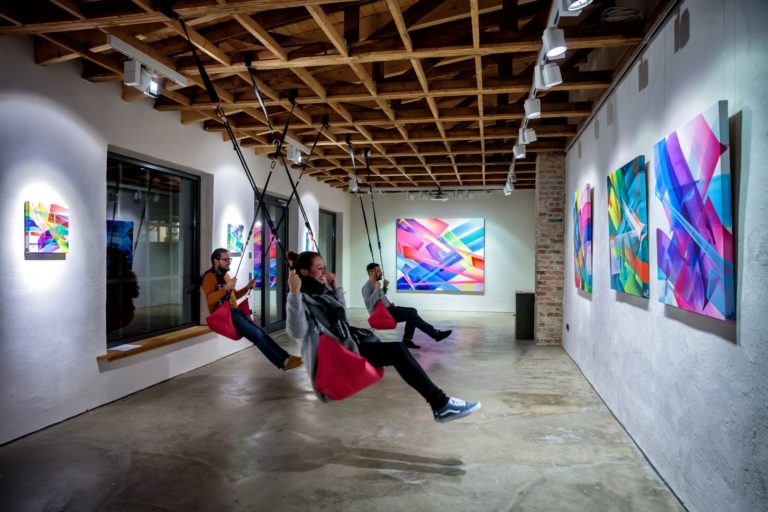 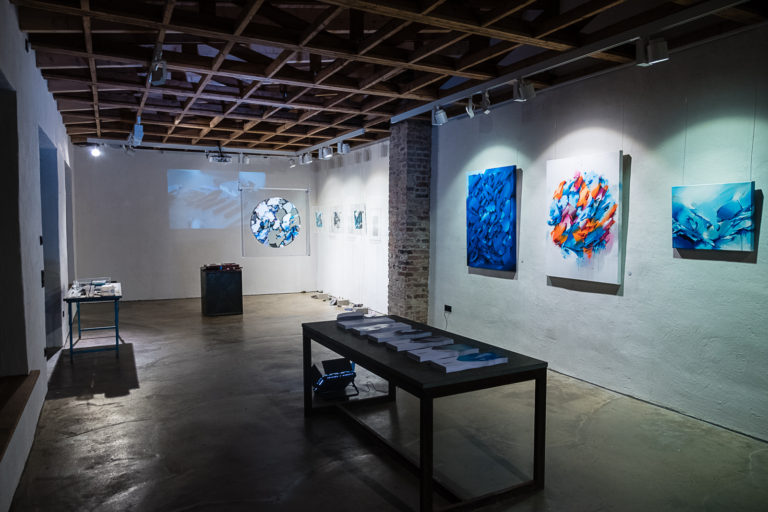 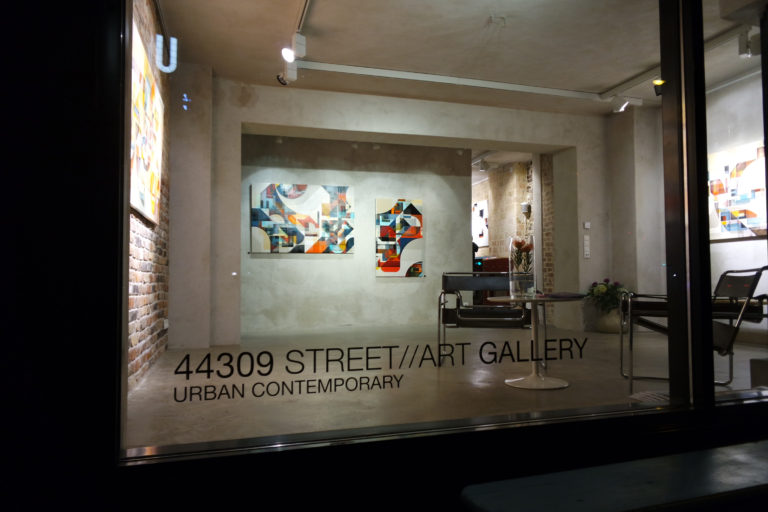 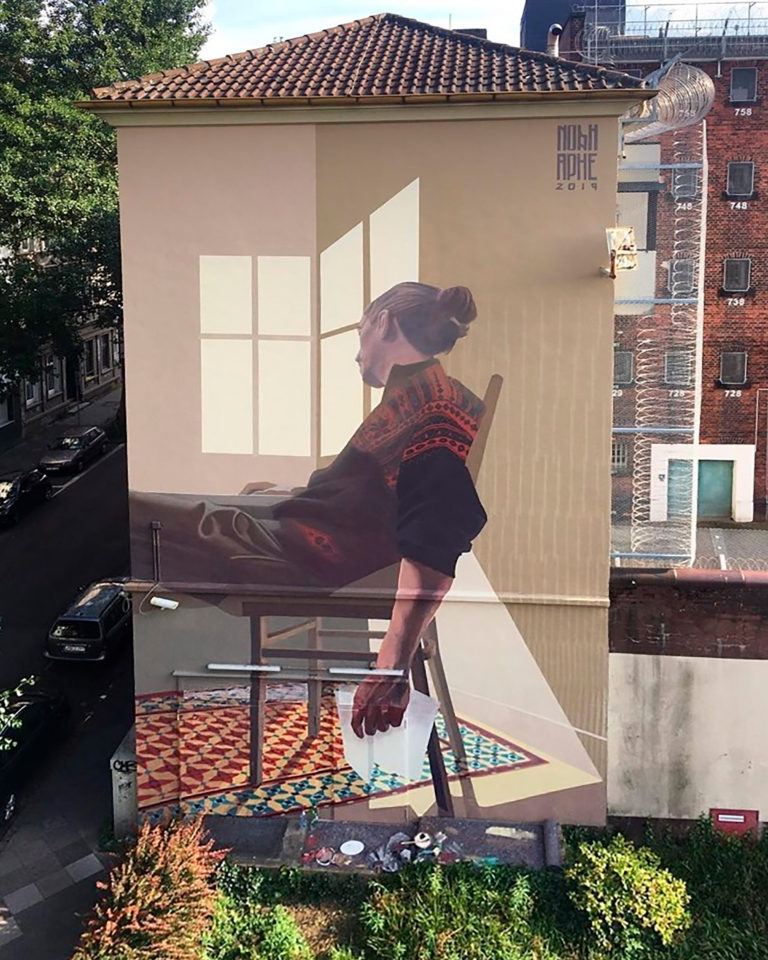 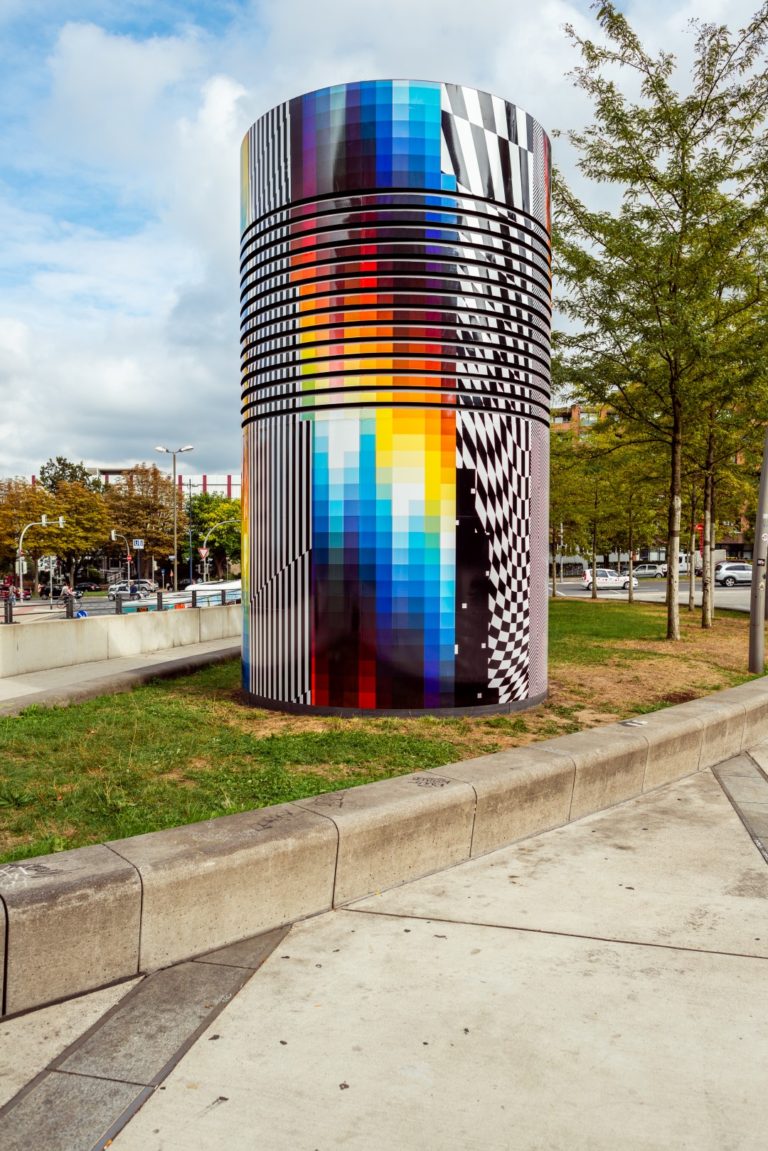 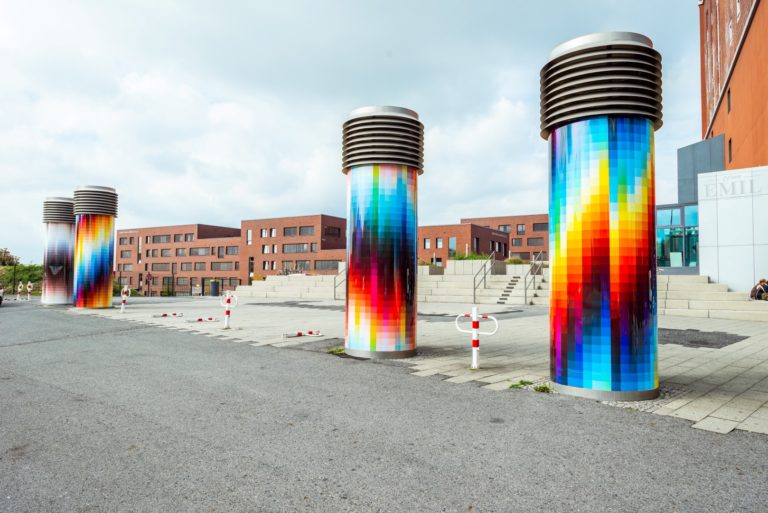 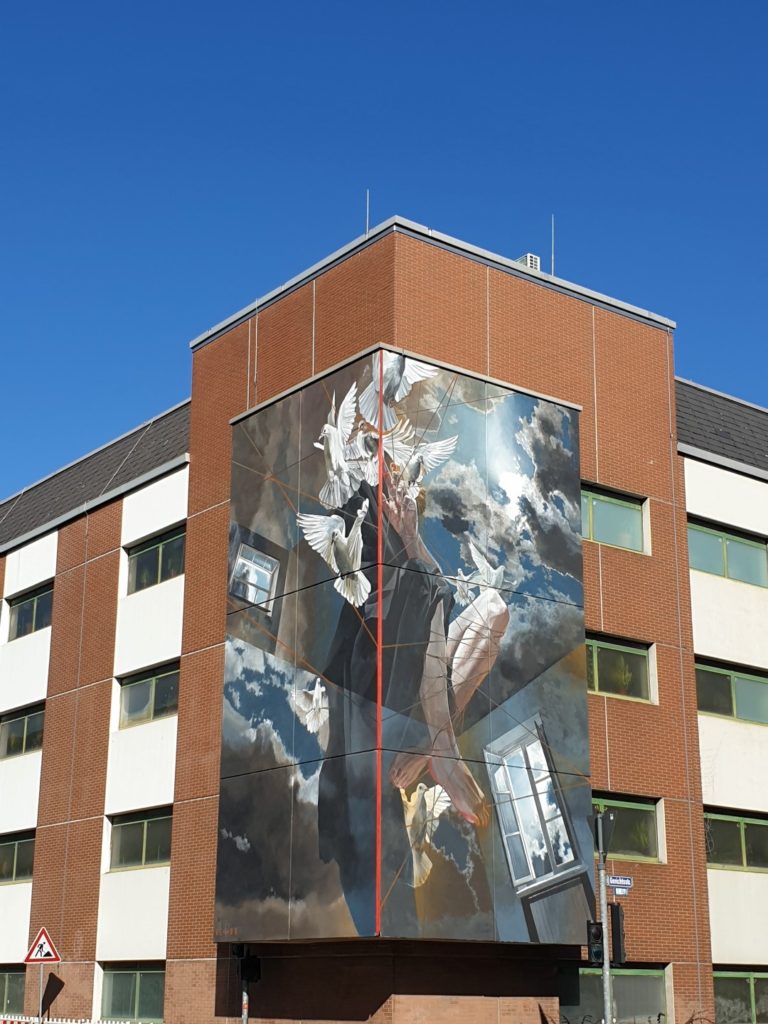 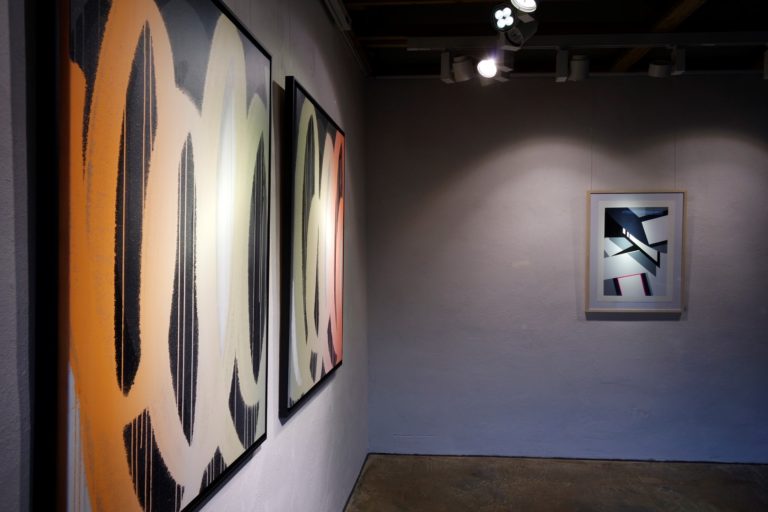 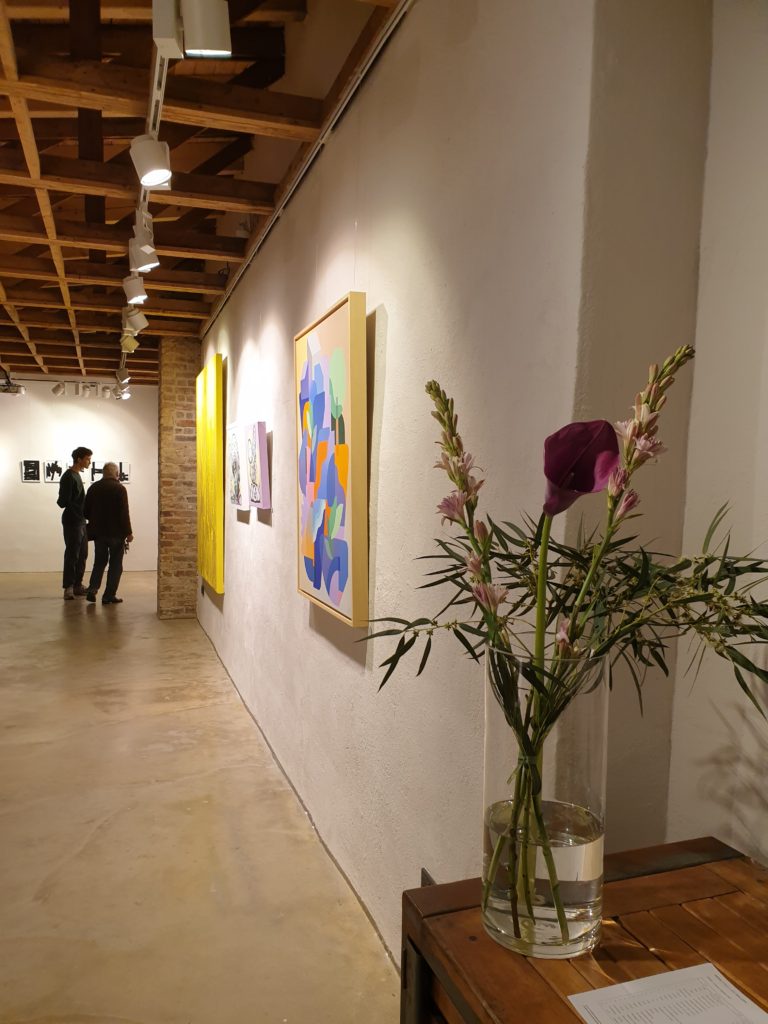 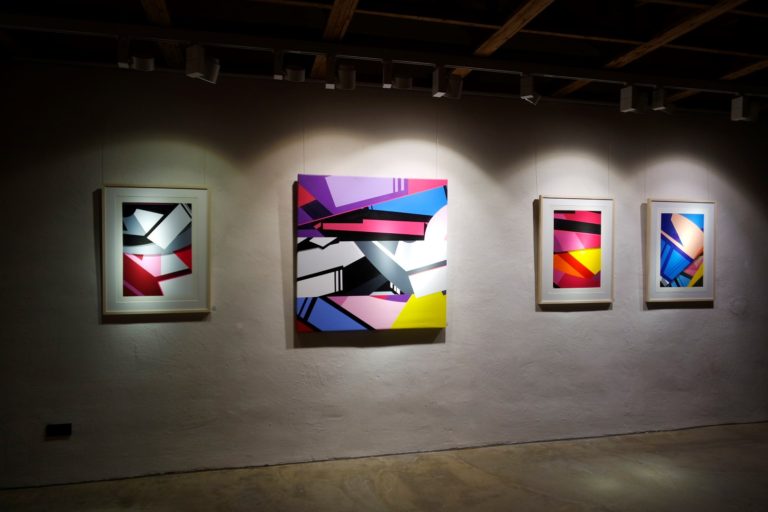 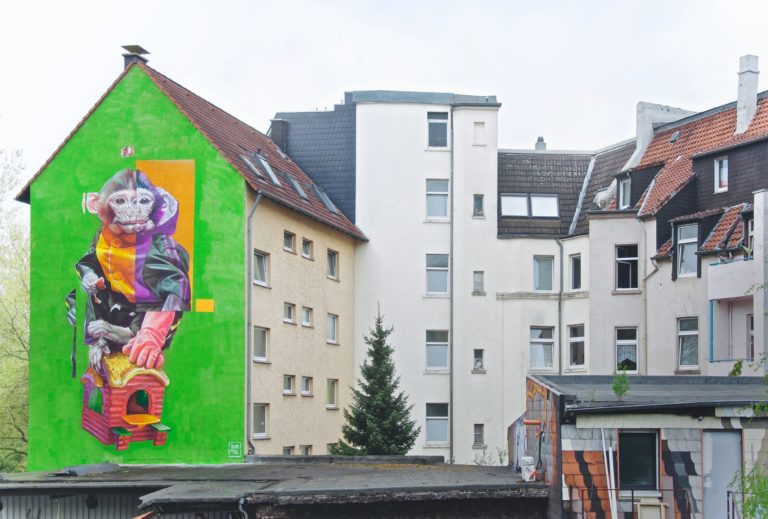 Founder and Operater/Manager of 44309streetartgallery In the year of the European Capital of Culture RUHR.2010, Daniela Bekemeier, who studied social work, founded the 44308streetartgallery together with her husband Olaf Ginzel. Since then, she has been working hard to provide spaces for the artists and the art section. She is not only a gallery owner, but also an active project manager of urban art projects and an excellent networker, whose concern is to bring local/regional artists together with international stars.

Other creative industries in Ruhr Area

Discover the creative industries based in Ruhr Area. Discover how to keep in touch with them and start new and amazing collaborations with the most creative people in this European Capital of Culture. 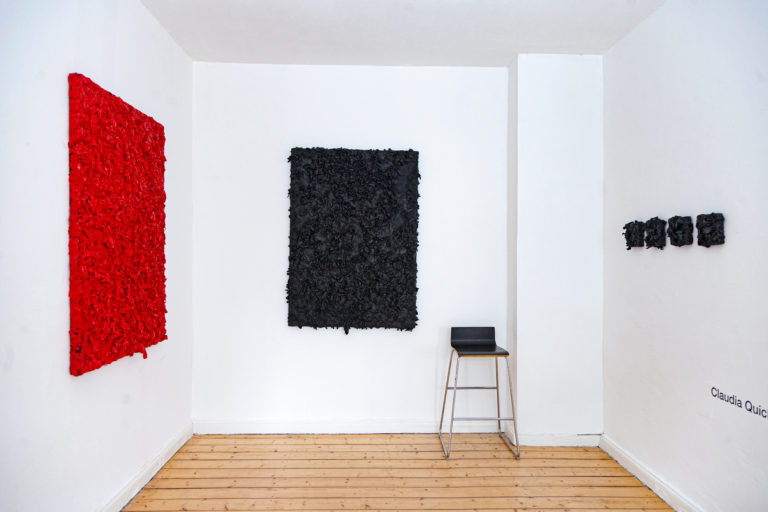 Studio, gallery, workshop or creative playground – if you are interested in individual art outside museum collections, you will find a creative home here. 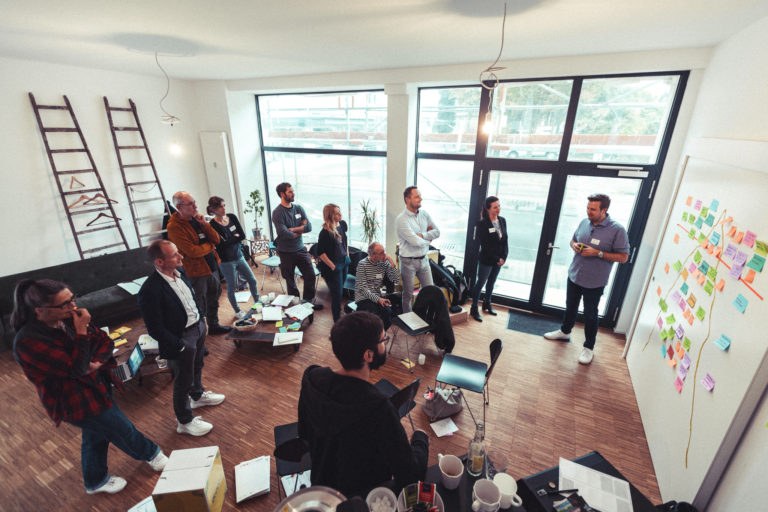 “c/o-raum für kooperation” is a creative laboratory for creative people, artists and young entrepreneurs, as well as a meeting place, work/exchange space and a source of inspiration for the city and the region. 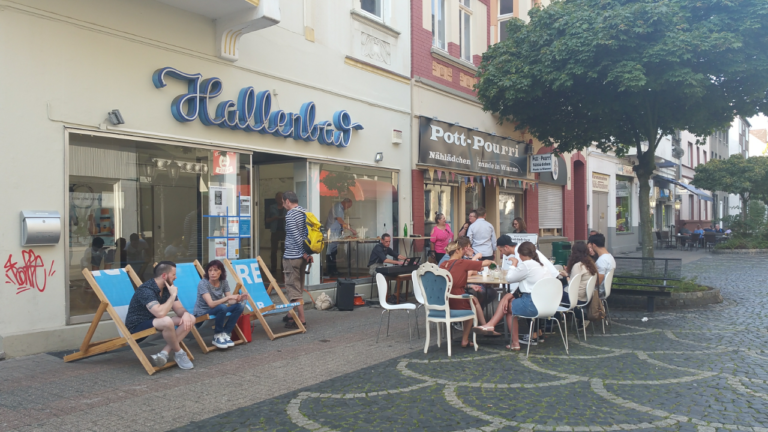 Even though the name hallenbad is the German translation for indoor swimming pool, you don’t swim in the water at this place, you bathe in a wave of ideas. The Hallenbad ia a creative laboratory and cultural meeting place in the middle of the pedestrian zone in Herne-Wanne. 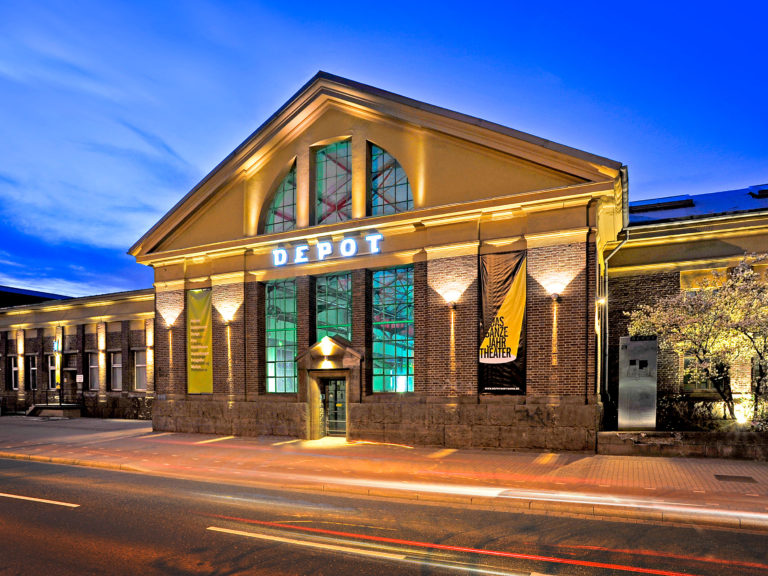 With its unusual industrial architecture, the cultural venue Depot is a working and meeting place for creative people of all kinds. With a theatre, a cinema and special events, it offers a cultural experience space in the northern part of Dortmund. 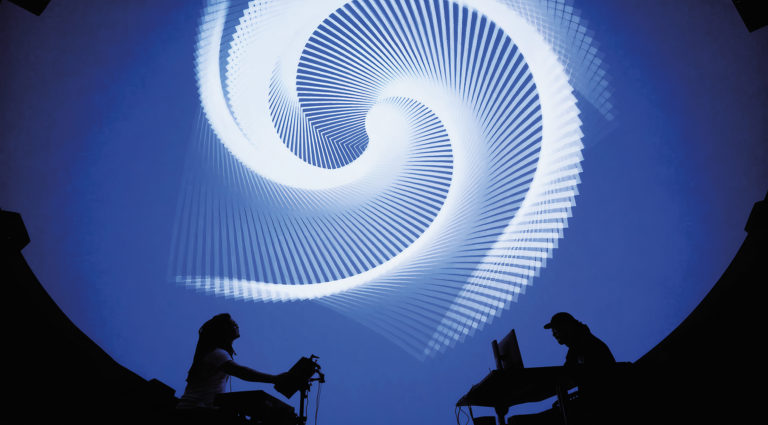 The storyLab kIU a unique media laboratory that, against the background of technological change, is exhilaratingly creative in its exploration of new narrative styles and forms of presentation. Virtual Reality (VR) and Augmented Reality (AR), 360° film and video mapping are the thematic worlds that scientists, students and artists alike are dealing with. 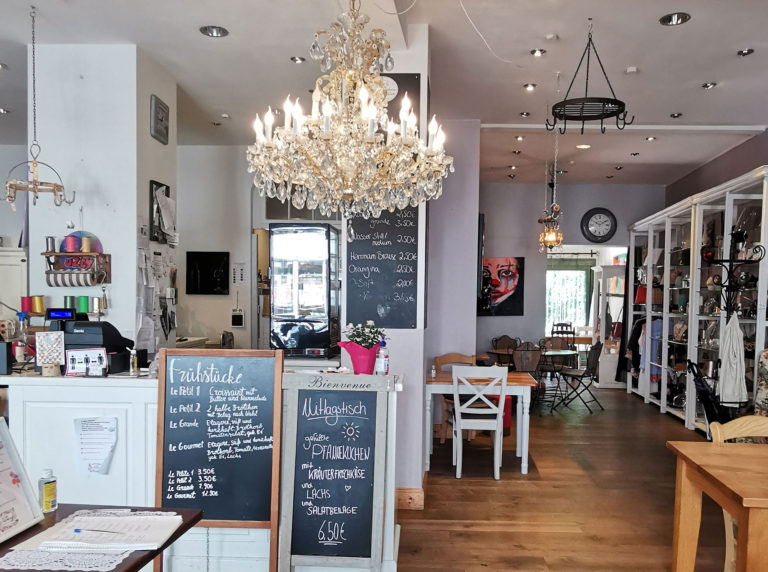 In the charming “Vintage Wohnhaus – Café |Interieur | Mode”, right in the centre of Hamm, art and handicrafts meet inviting gastronomy. 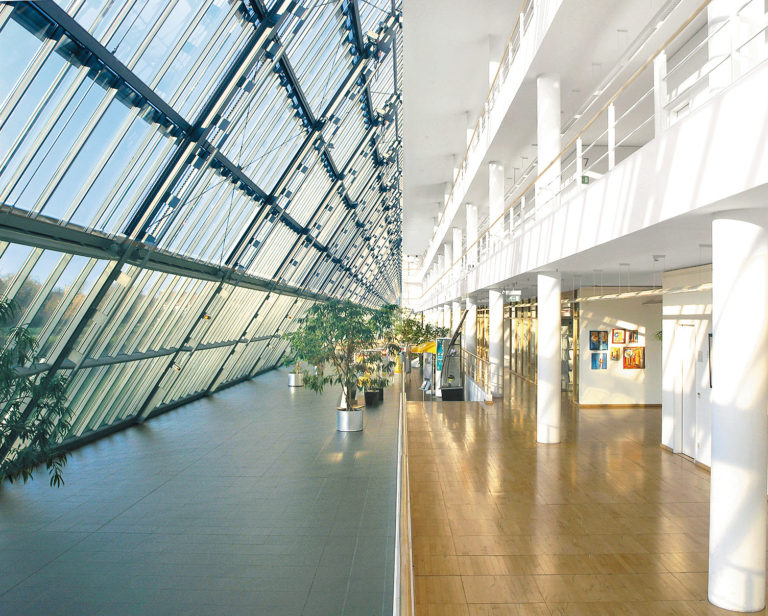 The Gelsenkirchen Scientific Park is an award winning place, where young and innovative industries of the region meet.