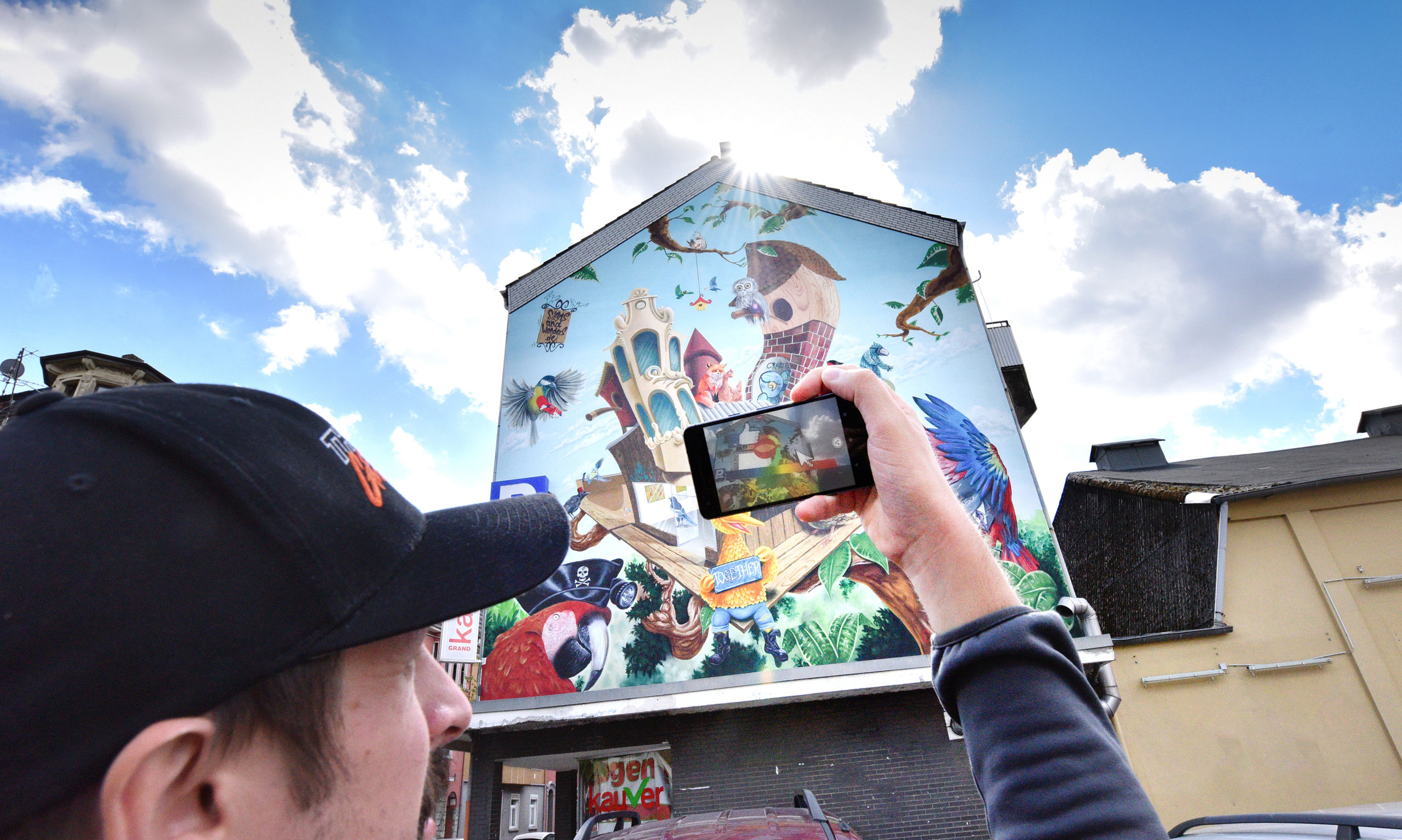 The urbanana-Areal project was created in the Bochumer Straße quarter with five augmented reality artworks, which took up existing street art works (graffiti, murals, picture panels, etc.) and expanded them by a new form of digital art.

Visit the urbanana AReal yourself and bring works of art to life!

What happens  when the analogue and digital art merge? This was the question asked by the creators  of the Places_Virtual Reality Festival. 2020 was the year of  its second remarkable edition, which took place in Gelsenkirchen, in the middle of the Ruhr Based on this question, and with the support of NRW Tourismus e.V., five artists were invited to create a special kind of tourist artwalk in Gelsenkirchen Ückendorf.

So, to be honest, one would not associate such a demanding question with Gelsenkirchen. After all, the state capital Düsseldorf would be more suitable, or the media cities of Cologne or Hamburg, wouldn't they? Why longing for the distance? The Ruhr area has long since developed into a powerful player in the field of art and technology. This is largely due to a progressive creative scene that dares to do what it does, and does it well. That is the secret of the Ruhr district, which invites you to go on discovery tours.

This is how existing works of urban art were given a new lease of life in a joint installation, with the involvement of the #urbanana initiative. In occasion of  the Places _ VR Festival, five international artists created  urbanana AReal, with five Augmented Reality artworks,  located around Bochumer Straße in Gelsenkirchen. All five artists have taken up existing street art works, for example graffiti, murals or picture panels in the quarter, and spectacularly expanded them. Even when the Places _ VR Festival is over, the works of art will remain!

The technical partner for this project was the startup "Artivive" from Vienna. The company is one of the world leader in AR-Art, and their app serves as the link between analog and digital world. The selection of artists was also international. With Jæn from France, Mayuko Kudo from Japan, the South African Tamlyn Young, the Ukrainian Maksim Finogeev and Joe Crystal from New York, USA, creative animations from all over the world came to Gelsenkirchen-Ückendorf.

Now it's up to you. Come to Gelsenkirchen and try it out. To view the AR artwork you simply have to download the app "Artivive" from the playstore or the appstore, and scan the corresponding artwork with the app. After a short loading time, the artwork will come to life.

Co-Founder oft he c/o-raum für kooperation, communication Matthias Krentzek is one of the three founders of c/o - raum für kooperation. He also works as a freelancer in the field of communication design & consulting. As co-initiator and project manager of various projects in the field of creative industries and business, he is involved in the development of the creative location Ückendorf, networking, supporting. Thus he was and is also a key figure for the PLACES_Virtual Reality Festival. 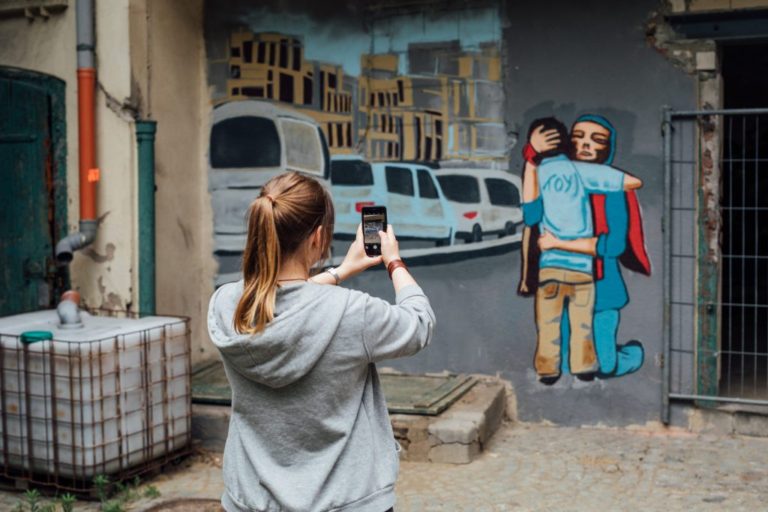 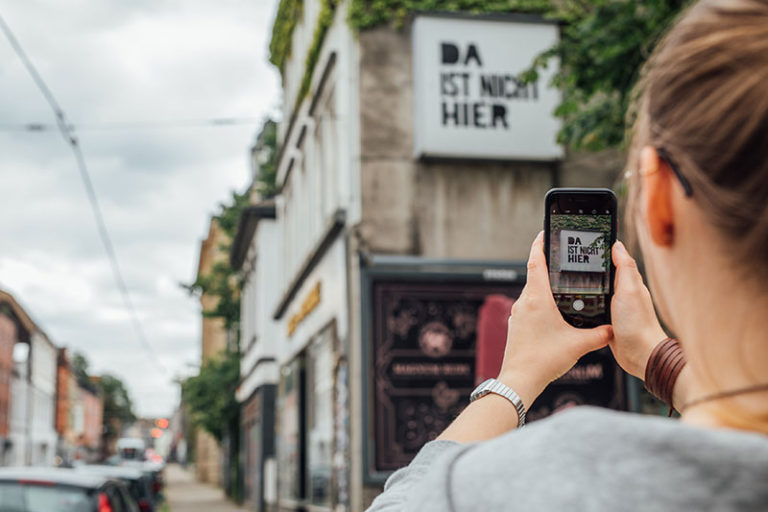 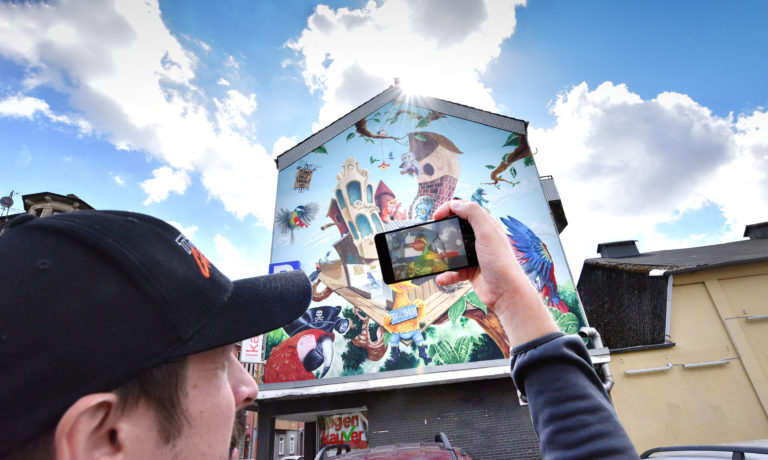 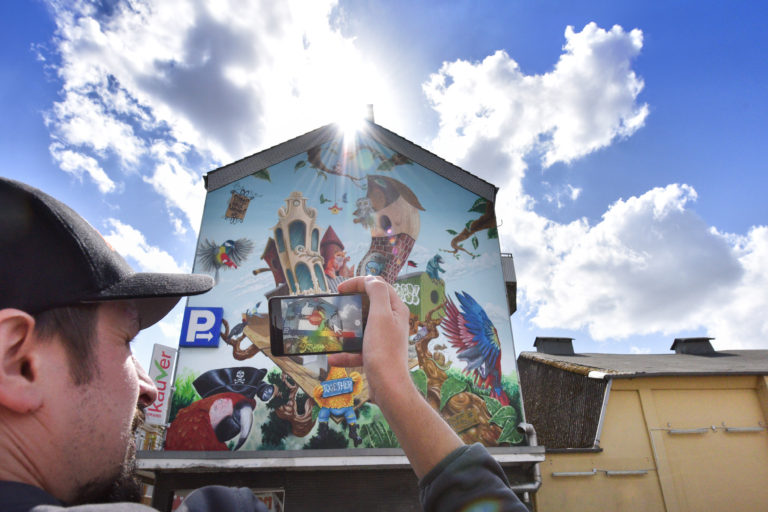 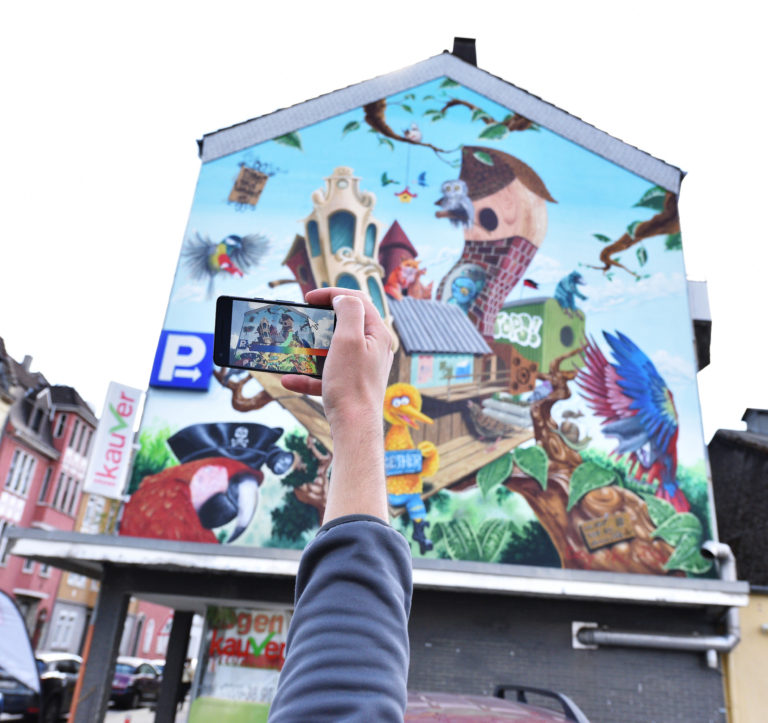 Co-Founder oft he c/o-raum für kooperation, communication Matthias Krentzek is one of the three founders of c/o - raum für kooperation. He also works as a freelancer in the field of communication design & consulting. As co-initiator and project manager of various projects in the field of creative industries and business, he is involved in the development of the creative location Ückendorf, networking, supporting. Thus he was and is also a key figure for the PLACES_Virtual Reality Festival.

For the Places _ VR Festival, the urbanana-AReal was created in the Bochumer Straße quarter with 5 augmented reality works of art that took up existing street art works (graffiti, murals, panels, etc.) in the quarter and created a new form of art. The AR Artwalk will be accessible to visitors for at least one year, who can bring the real works to life virtually using a smartphone app. Suddenly, artistic 3D animations, videos or images complement and superimpose reality.

Other experiences in Ruhr Area

Discover and choose the experiences suggested by our network of creative people and tourism operators living and working in Ruhr Area. True, local and creative moments to discover beatiful places, nice people and get new more ideas. 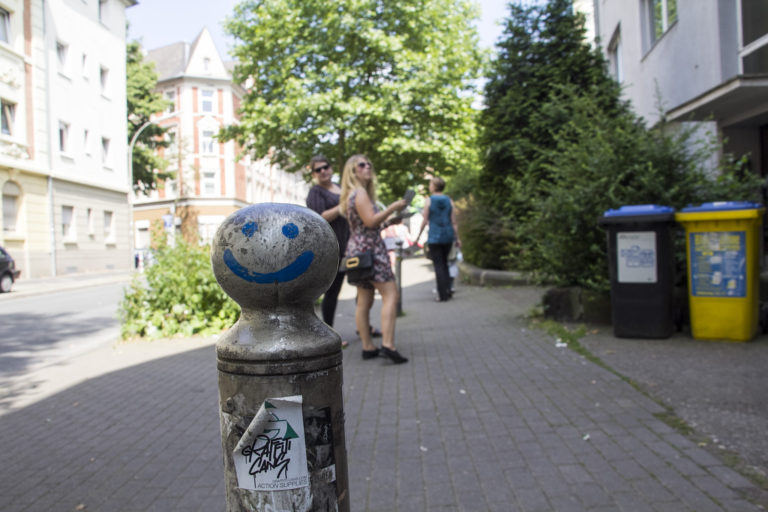 With the Urban “Game Street Art Bingo” you can discover urban spaces of the Ruhr area in a completely new way. The game is aimed at people interested in art and culture who also want to sharpen their eye for street art details. 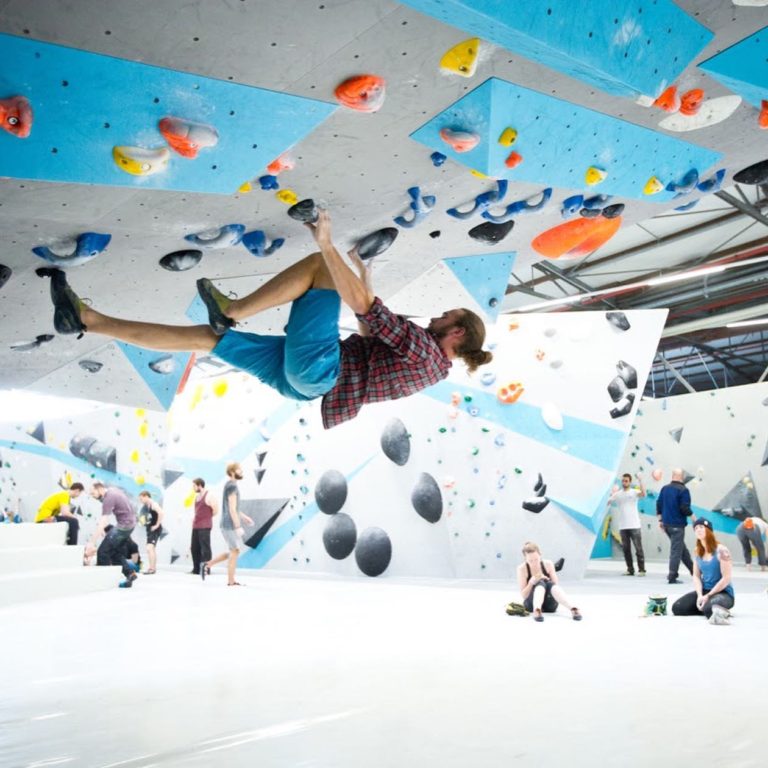 Sports experiences of the superlative

City, country, river, and much more… The Ruhr area is also a real travel paradise for sportsmen and sportswomen and offers superlative attractions. 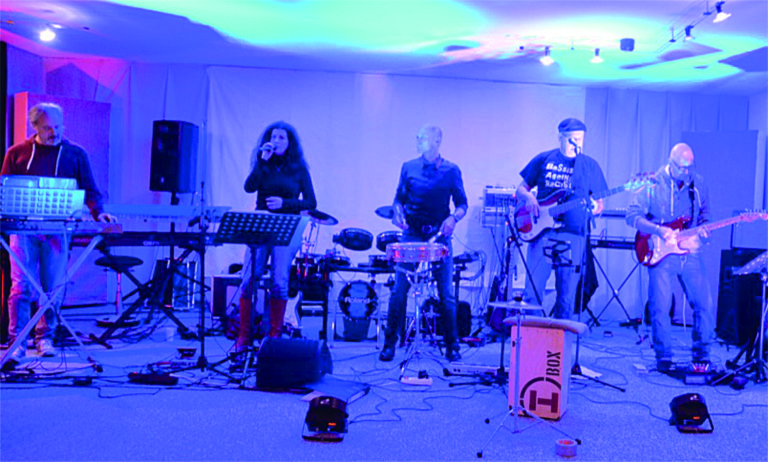 Be a musician: the workshops of the MusicFactory Dortmund

The MusicFactory in Dortmund is the right place for all music enthusiasts who want to test their skills or learn something new. 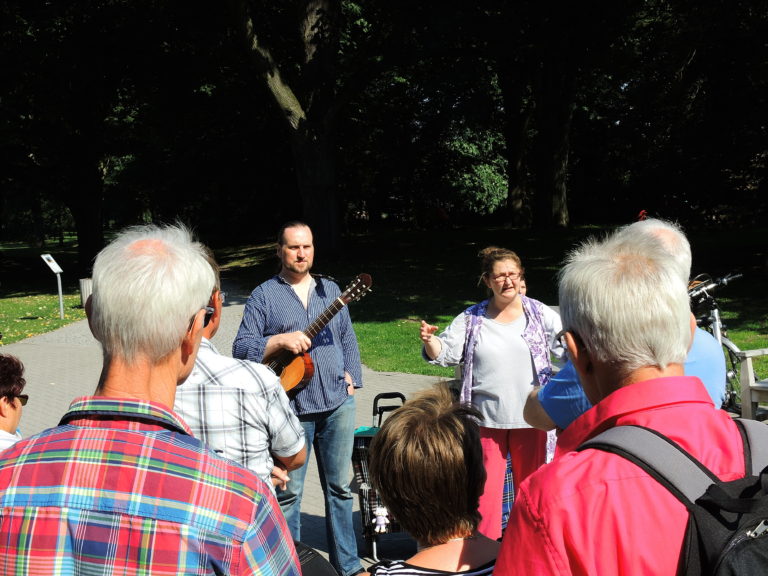 Truth or Lie? The Flunkertour takes you on a remarkable journey through Hamm, with amusing stories of lies and incredible truths. 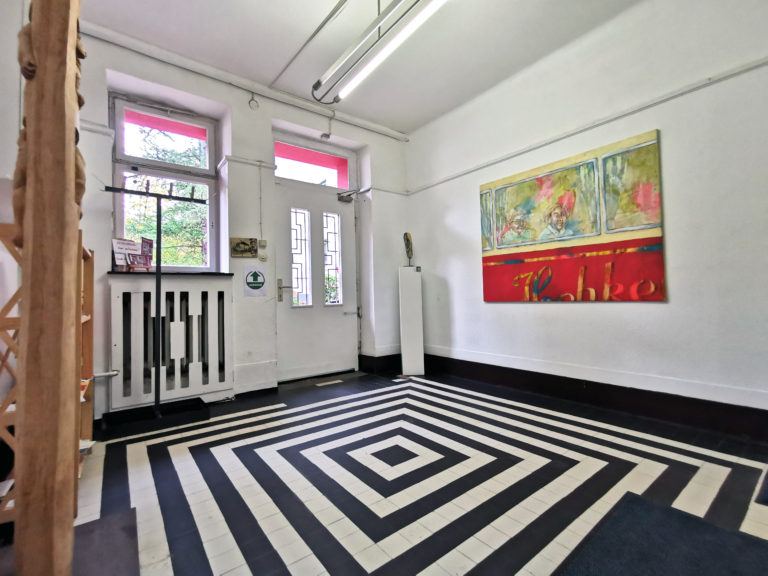 Discover the artist in you – a visit to the workshops of the creative community “Gruppe Elf Bochum” makes your vacation really colorful. 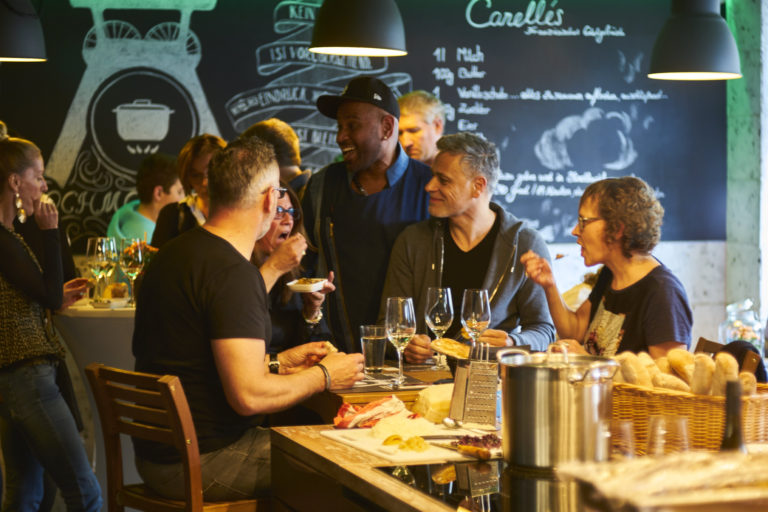 Cooking in the trendy quarter of Bochum

KOCHMOMENTE realises the idea of a fresh, innovative and barrier-free cooking school for the Ruhr area. Creative chefs and hydraulically lowerable cooking segments that can be driven underneath make an old butcher’s shop in Ehrenfeld into a culinary playground for everyone and enable inclusion. 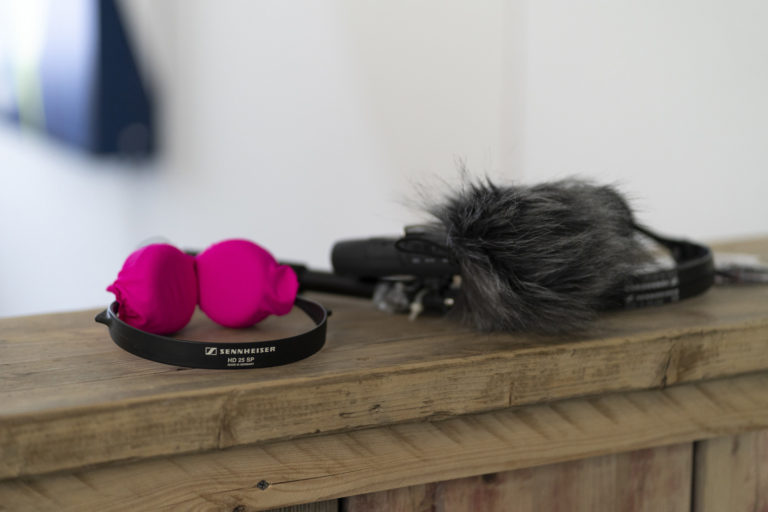 Experiencing a city through its sounds is like giving shape to a dynamic, ever changing entity. Get under the skin of Hamm on an audio tour – forsake the visual world, and get ready for a deeply personal journey. 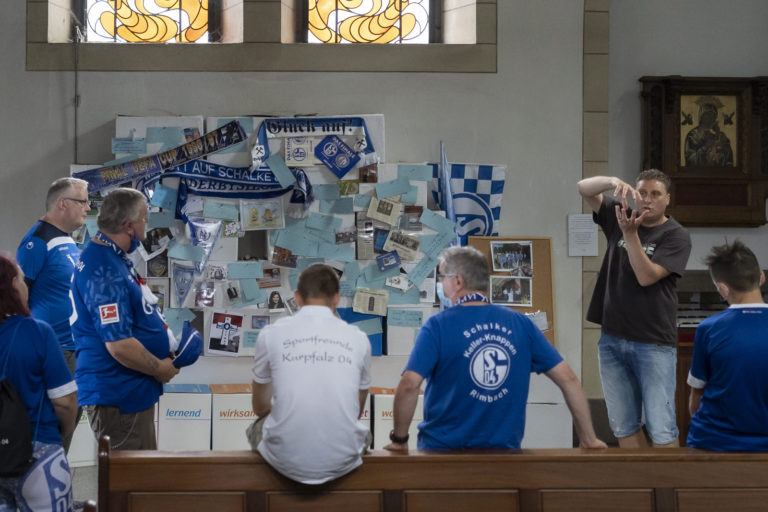 Beyond empty warehouses, the working class legacy of Gelsenkirchen lives on through FC Schalke 04. Discover the past and present of this famous football club, and find your ‘inner Schalker’!